The gig economy is offering Australians jobs, but it comes at a cost. These are often temporary positions, where workers are independent and have to take on more risks.

In our series Working Well in the Gig Economy we ask experts how workers can cope in this new environment.

The nature of work in the gig economy – where workers have to support themselves and take on the risk associated with the job – undermines some of our fundamental human needs and can create a significant amount of mental stress.

People often define their worth to society, friends, and family through their job. In fact, when people are asked “If you were to get enough money to live as comfortably as you would like for the rest of your life, would you continue to work or stop working?”, studies consistently find that most people say that they would keep working.

With work playing such an important role in our lives, it’s not surprising that the stress of insecure work can have a huge big impact.

It’s not uncommon for people to feel insecure about their job at various times in their working life. This insecurity comes from concerns about the future of their work, whether it will continue in the future, the nature of the job, or a combination of the two.

Job insecurity is associated with emotional exhaustion, depression, anxiety, and even heart disease. But with the gig economy, this sort of insecurity is part and parcel of the job.

According to the well known hierarchy of needs it’s essential that our physiological, safety, and security needs are met. Feelings of security can come from having a job, a home, and sufficient financial means. Once these needs are met, then we turn our motivation to the remaining levels of the hierarchy of needs: belonging, esteem, and (for some) self-actualisation.

For workers in the gig economy, the motivation to meet these safety and security needs can understandably become overwhelming. They might withdraw from family and friends, struggle with their mood, and stop enjoying the things that used to give them pleasure (think that sounds a lot like depression? You’re right). 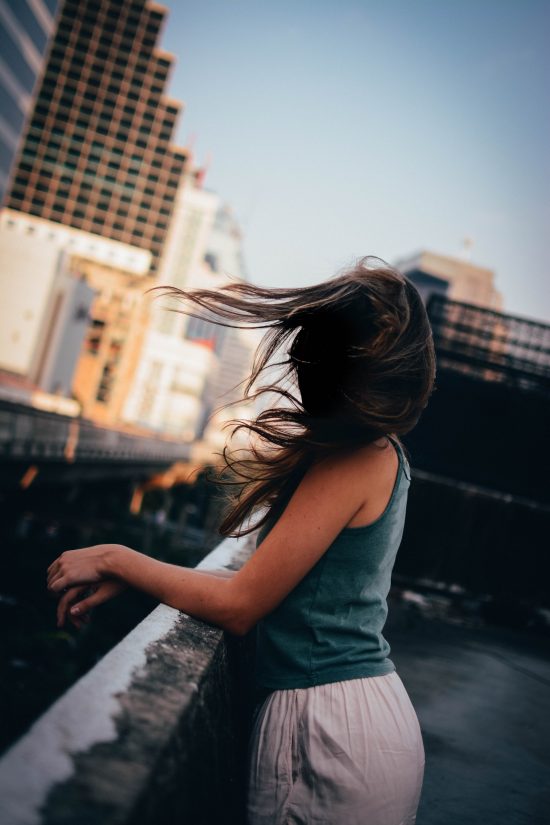 Freelance work is more stressful for some

The lack of security that comes from this type of work is not a problem for all of these workers. Different life circumstances will mean the stakes involved with gig work change over time.

It’s important to differentiate between people who use contracts through choice, versus those who feel like contract work is their only option.

Workers in the gig economy might also have a different experience based on age. Worrying about how much money you can put into your superannuation feels quite different depending on whether you are 20 or 50.

Similarly, someone who chooses to do some driving for Uber on the weekend to make a little extra money on top of their permanent job, will have a difference experience of gig work than someone who relies on their Uber driving to pay their rent.

A person’s personality can also play a role. If you’re a risk taker you might feel quite comfortable with the prospect of long periods without work, and short-term contract work might suit. But someone who is risk averse is likely to find the lack of security very stressful, potentially leading to negative psychological outcomes like anxiety and depression.

Some people will be very well suited to freelance work. Enterprising individuals tend to be ambitious and self-confident, and can enjoy starting and carrying out series of different projects. Work in the gig economy might also be easier for those who are more creative or autonomous, who prefer independent contract work, rather than trying to fit into an organisational structure.

Coping with freelance and contract work

If freelance workers are struggling to stay mentally healthy in the gig economy, there are a number of coping strategies they can try.

Getting emotional and social support from people around you (particularly those in a similar position) can be valuable. Of course, if you are an freelancer, you might not have a water cooler to stand around for debriefs.

Freelancers could consider getting some social support from other workers online. Be it online or offline, sharing strategies to deal with work-related problems and managing stress will help to make a difference.

Focusing on what is good about the situation (known as positive reappraisal) might also be helpful. This is more than just thinking positively, it means emotionally reframing a situation in a constructive and realistic way. For example, rather than focusing on the down-time between contracts as a lost opportunity, freelance workers could instead see it as an opportunity to start the ground work on their own small business, with a view to securing a more stable income stream.

Finding a mentor can be difficult in a gig economy, but a good mentor can help you identify what you need to do to survive and thrive in your chosen field. A mentor’s support and guidance can be invaluable in building career success, and importantly, can also help to reduce psychological strain.

Historically, finding a good fit between the job and the worker was considered to lead to workplace success. This principle still applies in the gig economy.

Although the way we work is changing — and seems likely to keep changing for the foreseeable future — for the right person at the right time in their life, gig work can provide the chance to independently match their skills with the demands of the marketplace.

This article is republished from The Conversation under a Creative Commons license. Read the original article.